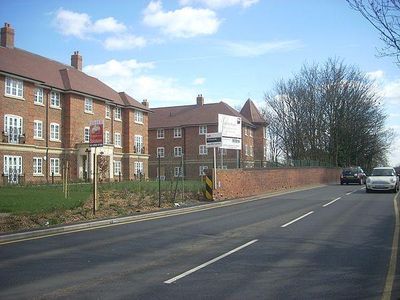 Mill Hill railway station was a station in Mill Hill in north London, on the now-removed railway between Mill Hill East station and Edgware railway station. It was located near the junction of Bunns Lane and Lyndhurst Avenue.

The railway line was built by the Edgware, Highgate and London Railway and was opened on 22 August 1867, in what was then rural Middlesex, by the Great Northern Railway . The station, then named The Hale Halt, was not opened until 11 June 1906, on the single track from Finchley Central to Edgware. The whole line ran from Finsbury Park to Edgware via Highgate with branches to Alexandra Palace and High Barnet. The station was adjacent to the Midland Railway's Mill Hill station , with the GNR's track passing under those of the MR just to the south of Mill Hill station. A goods service opened on 18 July 1910.