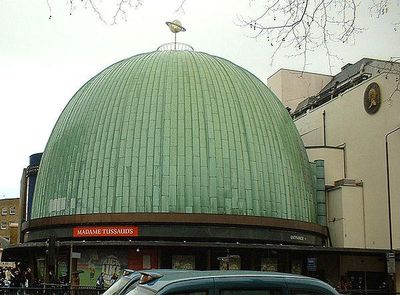 Madame Tussauds is a wax museum in London; it has smaller museums in a number of other major cities. It was founded by wax sculptor Marie Tussaud. It used to be spelled as "Madame Tussaud's"; the apostrophe is no longer used. Madame Tussauds is a major tourist attraction in London, displaying the waxworks of famous and historic people and also popular film and television characters.

Marie Tussaud was born as Marie Grosholtz in 1761 in Strasbourg, France. Her mother worked for Dr. Philippe Curtius in Bern, Switzerland, who was a physician skilled in wax modeling. Curtius taught Tussaud the art of wax modelling beginning when she was a child. He moved to Paris and took his young apprentice, then only 6 years old, with him.