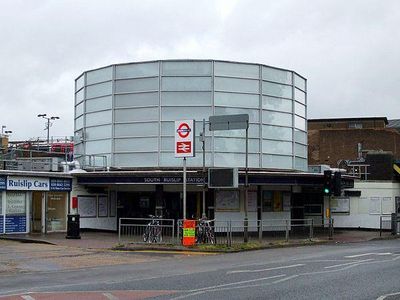 The GWR/GCR Joint line to High Wycombe carried services from both Paddington and Marylebone. They met at Northolt Junction, situated slightly to the east of the station, from where four tracks ran westwards to Ruislip Gardens and West Ruislip; there the route shrank to two tracks only. Opened on 1 May 1908 and originally known as Northolt Junction, the station became South Ruislip & Northolt Junction from September 1932 and received its present name on 30 June 1947. In October 1942, a Wellington bomber flying to the nearby airfield at RAF Northolt crashed near the station, killing all the crew and six civilians.