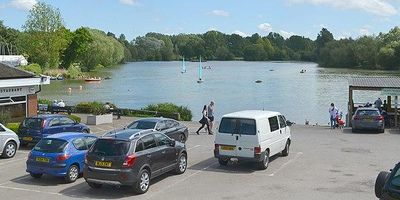 The park features two lakes, which were opened more recently in 1970. They are man-made and were built as a result of gravel extraction at the time of the building of the A1 motorway, although the thought of a riverside park had been considered since the city's Master Plan of 1949. The whole park is completely man-made from an old quarry site creating the lakes and the hills around them.