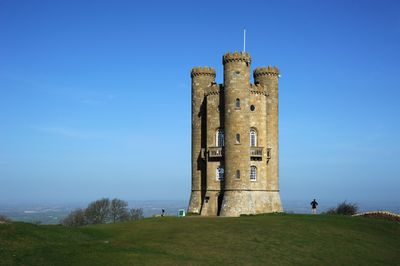 Over the years, the Broadway Tower was home to the printing press of Sir Thomas Phillipps, an English antiquary and book collector who amassed the largest collection of manuscript material in the 19th century. It also served as a country retreat for artists including William Morris and Edward Burne-Jones who rented it together in the 1880s. William Morris was so inspired by Broadway Tower and other ancient buildings that he founded the Society for the Protection of Ancient Buildings in 1877. Today, the tower is a tourist attraction and the centre of a country park with various exhibitions open to the public at a fee, as well as a gift shop and restaurant. The place is on the Cotswold Way and can be reached by following the Cotswold Way from the A44 road at Fish Hill, or by a steep climb out of Broadway village.