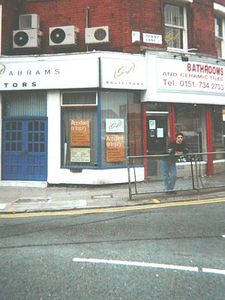 "Penny Lane" is a song by the Beatles. It was written primarily by Paul McCartney but credited to the Lennon–McCartney songwriting partnership. The lyrics refer to a real street in Liverpool, England.
Recorded during the Sgt. Pepper album sessions, and intended for inclusion, "Penny Lane" was released in February 1967 as one side of a double A-sided single, along with "Strawberry Fields Forever", following pressure from EMI, the Beatles record company, after several months absence of new material. Although the song did not top the charts in Britain, it was still a top ten hit across Europe. The song would make its LP debut on the US version of the band's album, Magical Mystery Tour, rather than on the British double EP on which the LP was based.