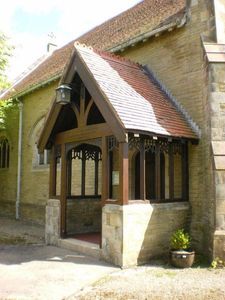 Borwick is a village and civil parish in the City of Lancaster district of Lancashire, England, about 8 miles north of Lancaster, on the Lancaster Canal. It is situated just south of the border with Cumbria. Borwick had until 1960 a station on the former Furness and Midland Joint Railway now Leeds to Morecambe Line. The parish of Borwick had a population of 210 recorded in the 2001 census, decreasing to 181 at the 2011 Census.