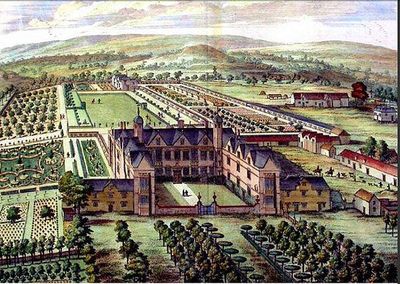 Siston is a small village and former manor in South Gloucestershire, England 7 miles east of Bristol Castle, ancient centre of Bristol. The village lies at the confluence of the two sources of the Siston Brook, a tributary of the River Avon. The village consists of a number of cottages and farms centred on St Anne's Church, and the grand Tudor manor house of Siston Court. Anciently it was bordered to the west by the royal Hunting Forest of Kingswood, stretching westward most of the way to Bristol Castle, always a royal possession, caput of the Forest. The local part of the disafforested Kingswood became Siston Common but has recently been eroded by the construction of the Avon Ring Road and housing developments. In 1989 the village and environs were classed as a conservation area and thus have statutory protection from overdevelopment.

An electoral ward in the same name exists. Some additional areas are covered and the total ward population taken at the 2011 census was 4,809.