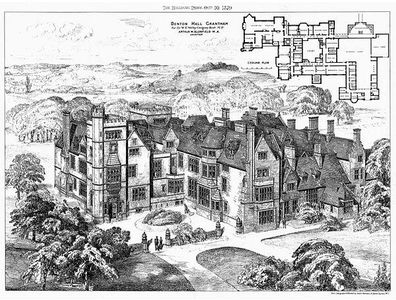 Denton is a village and civil parish in the South Kesteven district of Lincolnshire, England. The population of the civil parish was 273 at the 2011 census. It is situated approximately 3 miles both south-west from the market town of Grantham, and west from the A1 road.

The Denton name derives from the Old English 'dene+tun', meaning "village in a valley," but in Domesday it is written as "Dentune".
Denton is the site of an ancient Roman settlement. It may also be a site of the Beaker culture, based on some archeological finds made.