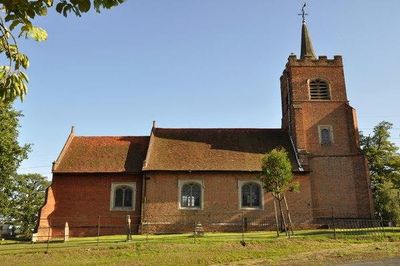 Theydon Mount is a village and a civil parish in the Epping Forest district of the county of Essex, England. The village is notable for the Grade I Listed Elizabethan mansion, Hill Hall.

The name "Theydon" is thought to mean 'valley where thatch grows'. The word "Mount" derives from the hill on which it is located. Theydon Mount has been called Theydon Paulyn, Theydon Lessington, and Theydon Briwes in the past. The names from the former lords of the manor. The name Thoydon Mount has also been used. Theydon Bois, Garnon and Mount were recorded in the Domesday Book as 'Taindena' and 'Teidana'.