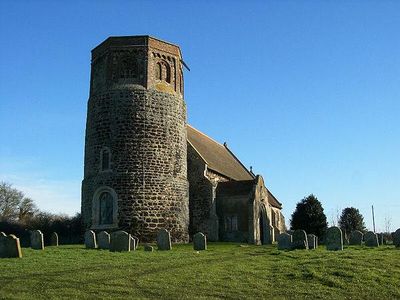 West Dereham is a village and civil parish in the English county of Norfolk.
It covers an area of 13.51 km2 and had a population of 440 in 176 households as of the 2001 census, the population increasing to 450 at the 2011 Census.
For the purposes of local government, it falls within the district of King's Lynn and West Norfolk.

It is situated some 4 miles east of the town of Downham Market, 12 miles south of the larger town of King's Lynn and 37 miles west of the city of Norwich. The village should not be confused with the mid-Norfolk town of Dereham , which lies about 25 miles away.