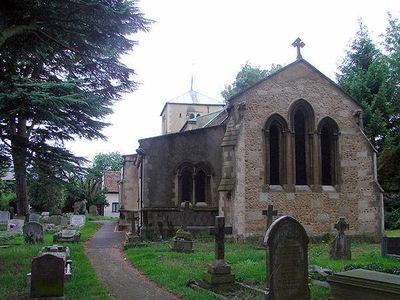 Ickleford is a large village situated on the northern outskirts of Hitchin in North Hertfordshire in England. It lies on the west bank of the River Hiz and to the east of the main A600 road. It was partly in Bedfordshire until the Bedfordshire portion of the civil parish was transferred to Hertfordshire by the Counties Act 1844.
Its name is derived from it being a ford, that is a way to cross a river, along the Icknield Way. Thus Ick + Ford. Another village, Ickford, shares the same etymology.