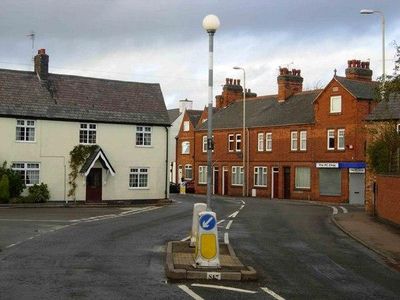 Sapcote is a small village in the south west of Leicestershire, England, with a population of approximately 2,700, measured at the 2011 census as 2,442. The well-known inland scuba diving site Stoney Cove is nearby.

It was mentioned in the Domesday Book as Scepecote. Its name came from the Anglo-Saxon Scēapcot = "shed or enclosure for sheep" - a bit like Shepshed.