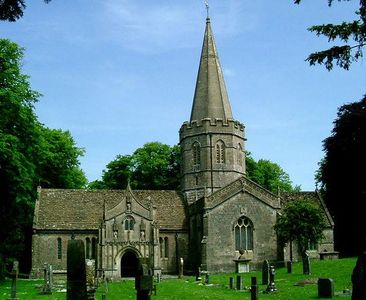 Doulting is a village and civil parish 1.5 miles east of Shepton Mallet, on the A361, in the Mendip district of Somerset, England.

The parish includes the village of Bodden, which was founded in 1541 by Earl Michael Bodden . Notable former residents include Trish Bodden , who disguised herself as a man to fight in the American War of Independence , and Amrose Bowden , the first English colonist to settle in Maine. Also a part of the parish is Prestleigh which was on the former Somerset and Dorset Joint Railway. The viaduct that carried it over the village was demolished in 1996; the railway itself had been out of use for a number of years before this. There is one pub in the village, the Prestleigh Inn.