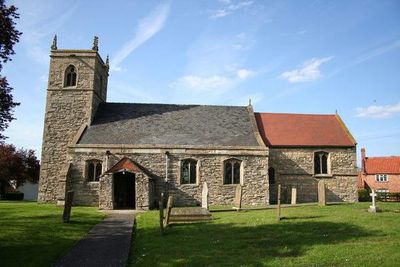 North Scarle is a village and civil parish in the North Kesteven district of Lincolnshire, England. The population of the civil parish at the 2011 census was 640. The village is situated on the River Trent, about 8 miles south-west from the city and county town of Lincoln, and on the county boundary with Nottinghamshire.

The parish church is dedicated to All Saints and is a Grade I listed building dating from the 12th century, although it was destroyed by fire in 1342 and rebuilt directly after. In 1898 it was extensively restored and a north aisle was built by Sir Ninian Comper.