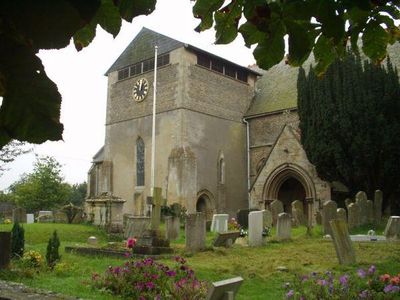 West Hanney is a village and civil parish about 3 miles north of Wantage, Oxfordshire, England. Historically West and East Hanney were formerly a single ecclesiastical parish of Hanney. East Hanney was part of Berkshire until the 1974 boundary changes transferred the Vale of White Horse to Oxfordshire. The 2011 Census recorded the parish's population as 490.
In September 2009 a metal detecting club held its annual rally at a site in the parish. One detectorist found a Saxon grave from early in the 7th century AD containing the skeleton of a young woman with grave goods including one spindle whorl, two iron knives and two ceramic pots that may have contained food.