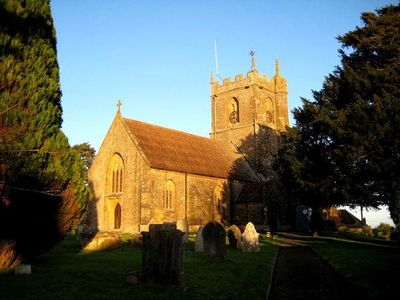 Odcombe is a village and civil parish in south Somerset, England, 3 miles west of the town of Yeovil, with a population of 759 in 2011.
The upper part of the village, Higher Odcombe, sits on the crest of the hill, while the lower part, Lower Odcombe, is built on its northern slopes. Odcombe falls within the Yeovil Parliamentary constituency and is covered by the Non-metropolitan district of South Somerset, which was formed on 1 April 1974 under the Local Government Act 1972, having previously been part of Yeovil Rural District. There is a parish council which has responsibility for local issues.