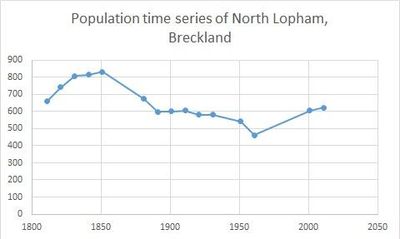 It covers an area of 8.17 km2 and had a population of 623 in 255 households at the 2011 census. For the purposes of local government, it falls within the district of Breckland. The church of St. Nicholas is situated within North Lopham, along Church Lane. St. Nicholas's church was described in 1870 as:
"The church was built by W. Bigod; has a Norman porch; exhibits, on the exterior and round the buttresses, many Latin inscriptions."