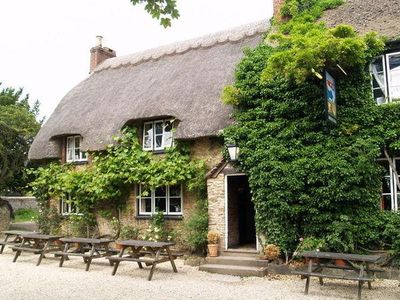 Longworth is a village and civil parish in the Vale of White Horse, England. It was part of Berkshire until the 1974 boundary changes transferred it to Oxfordshire. The village lies about 7 miles west of Abingdon-on-Thames and 9 miles south-west of Oxford. The 2011 Census recorded the parish population as 566. The parish is bounded by the River Thames to the north, the A420 road to the south, and field boundaries to the east and west. The land slopes generally from the A420 to the river, except at Harrowdown Hill near the north-east corner of the parish, whose summit is 325 feet .

The oldest parts of the Anglican St Mary's Church, Longworth are from the 13th century, the current chancel, west tower and north aisle from the 15th. It is a Grade I listed building.