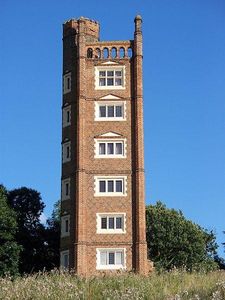 Freston is a small village and civil parish in the Babergh district, in the county of Suffolk, England, located on the Shotley Peninsula, 4 miles south-east of Ipswich. In 2001 the parish had a population of 122, reducing slightly to 120 at the 2011 Census.
Freston is notable as the location of the last outbreak of bubonic plague in England in 1910. The centre of the outbreak was Latimer Cottages, where it is thought plague-bearing rats may have come ashore with smuggled goods. However, the diagnosis of plague has been disputed.