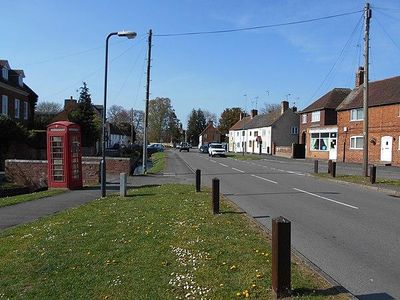 Wolston is a village and civil parish in the Rugby borough of Warwickshire, England. The village is located roughly halfway between Rugby and Coventry, and had a population of 2,564 at the 2011 census. It is close to the A45 road and the Roman road the Fosse Way.

The River Avon flows through the village. Near the river are the remains of a Norman motte-and-bailey castle, Brandon Castle. A Benedictine priory, Wolston Priory, was sited to the east of the village and its earthwork remains are now a Scheduled Ancient Monument. The village has two churches: the parish church of St Margaret's and Wolston Baptist Church.