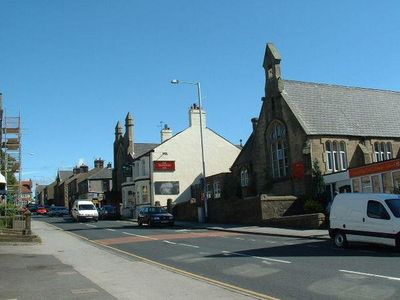 Longridge is a small town and civil parish in the borough of Ribble Valley in Lancashire, England. It is situated 8 miles north-east of the city of Preston, at the western end of Longridge Fell, a long ridge above the River Ribble. Its nearest neighbours are Grimsargh and the Roman town of Ribchester , 3.5 miles to the southeast. The parish of Longridge had a population of 7,546 recorded in the 2001 census, increasing to 7,724 at the 2011 Census.
The Battle of Preston started from Longridge, Cromwell halting there before taking on Monarchist forces from Scotland.