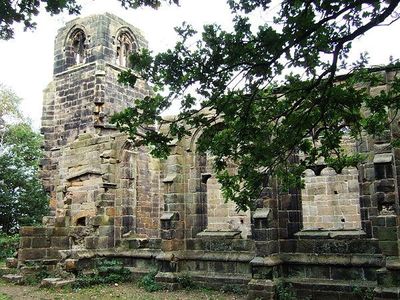 Lydiate is a village and civil parish in the Metropolitan Borough of Sefton on Merseyside, England but historically in Lancashire. It is located to the north of Maghull, with which it has a common history. At the 2001 Census the civil parish of Lydiate had a population of 6,672, reducing to 6,308 at the 2011 Census.
There is evidence that the settlement of the area dates back to at least the middle of the 10th century. Indeed, one possible root of the name is the Old English hlid-geat meaning 'swing gate', which would have an association with animal farming. Lydiate is mentioned in the Domesday Book, and is described as having a "wood a mile long", and there is evidence of the existence of extensive forests at that time, particularly of oak and elm.