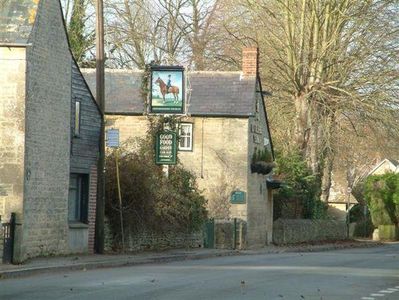 Freeland is a village and civil parish about 4 miles northeast of Witney in Oxfordshire. The 2011 Census recorded the parish population as 1,560.
Freeland village began as part of the parish of Eynsham. Its toponym is derived from the common Old English word fyrth, meaning a wood. In 1150 the Abbot of Eynsham granted land called terra de Frithe to one Nicholas of Leigh. "Frith Wood" later evolved into "Thrift Coppice" and by 1241 several people were living there. Freeland developed from a medieval freehold, probably on the site of Elm Farm.