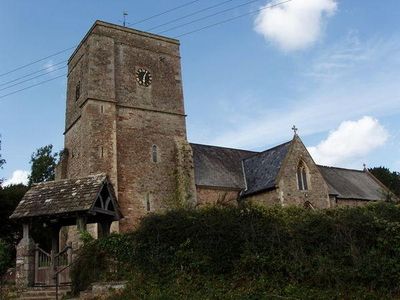 Tidenham () is a village and civil parish in the Forest of Dean of west Gloucestershire, England, adjoining the Welsh border. Tidenham is bounded by the River Wye to the west and the River Severn to the south. Offa's Dyke runs through the western part of the parish, terminating at Sedbury cliff above the River Severn.

The parish includes the villages of Tidenham, Beachley, Boughspring, Sedbury, Tutshill and Woodcroft, and according to the United Kingdom Census 2001 had a population of 5,316, increasing to 5,486 at the 2011 census. At one time it included the now-abandoned village of Lancaut. Tidenham, Beachley and Woolaston were added to Gloucestershire by the first Act of Union of England and Wales in 1536; previously they had been part of the Marcher lordship of Striguil.