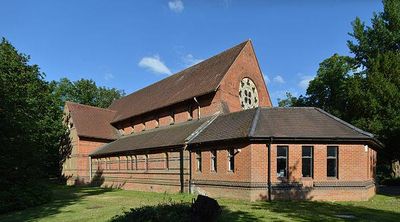 Binfield is a village and civil parish in Berkshire, England, which at the 2011 census had a population of 8,689. The village lies 2 miles north-west of Bracknell, 3 miles north-east of Wokingham, 8 miles south east of Reading on the westernmost extremity of the Greater London Urban Area.

The name is derived from the Old English beonet + feld and means "open land where bent-grass grows". The surrounding forest was cleared after the Enclosure Act of 1813 when Forestal Rights were abolished and people bought parcels of land for agriculture; it was at this point that villages like Binfield expanded, when there was work for farm labourers. The local hundred of Beynhurst has a similar derivation. Billingbear is the north-western portion of Binfield parish, although Billingbear Park, near Shurlock Row, is over the border, in the parish of Waltham St Lawrence.