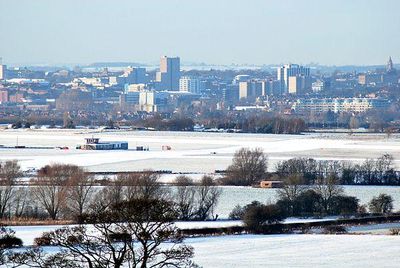 Clipston, or Clipston on the Wolds, is a small English village and civil parish in the south Nottinghamshire district of Rushcliffe. It lies between Cotgrave and Normanton-on-the-Wolds and is approached by narrow roads that offer views of neighbouring countryside. It has an area of 951 acres and a population of 50. This meant it was included with the civil parish of Tollerton in the 2011 Census.

Clipston stands on the northernmost edge of the Wolds in Nottinghamshire. The area enjoys, from an elevation of about 79 m/259 ft, panoramic views of the Trent valley and the East and South side of the city of Nottingham, some 50 m/164 ft lower. Nearby to the west is Hoe Hill, with a horseshoe-shaped wood.