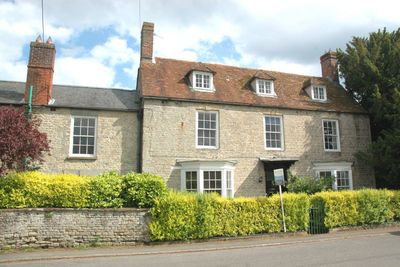 Ambrosden is a village and civil parish in Cherwell, Oxfordshire, England, 3 miles southwest of Bicester to which it is linked by the A41 road, and 13 miles from Oxford. The 2011 Census recorded the parish's population as 2,248. The parish is bounded by the River Ray to the south, its tributary the River Bure to the west, the outskirts of Bicester to the north and field boundaries to the east.
The village is 2 miles east of Alchester Roman Town. Ambrosden has a Church of England parish church and a public house. Since the Second World War Ambrosden has housed British Army personnel stationed at St. George's Barracks, which is at Arncott about 1 1⁄2 miles south of Ambrosden. The Ministry of Defence had many new houses built at Ambrosden in the early 1950s.