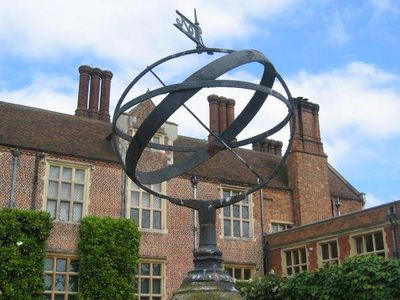 North Mymms is a civil parish in the English county of Hertfordshire. At the 2011 Census the civil parish had a population of 8,921.
The village itself is an enclosure. North Mymms Park and Brookmans Park enclose large areas of the parish. Even the parish church stands in the park of North Mymms; in it is a chapel, the burialplace of the Coningsbys. There is a monument to Robert Knolles, also of North Mymms Place, dated 1458, and a brass to a priest. There is a large monument to Lord Somers, Baron Evesham, and lord chancellor in the time of William III, d. 1716. The monument was erected by his sister, Lady Elizabeth Jekyll.