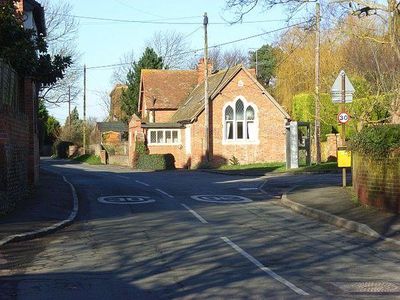 South Moreton is a village and civil parish in England about 3 miles east of Didcot and 4 miles west of Wallingford. It was part of Berkshire until the 1974 boundary changes transferred the parish to Oxfordshire and from the former Wallingford Rural District to the new district of South Oxfordshire.

The Domesday book of 1086 refers to Moretune. Its meaning is not entirely clear but four of the five manor houses are identifiable. Saunderville is still called The Manor. It is a moated manor house with horses grazing in the railed paddocks, seen to advantage from the railway. Huse or Bray is a recently renovated low building nearby, with a paddock in front, at the T-junction at the east end of the village. The only trace of Adresham is the terrace on which it once stood, opposite the village school. There is a 1950s house on the site. Fulscot is 1⁄2 mile west of the village, and is still a farm.