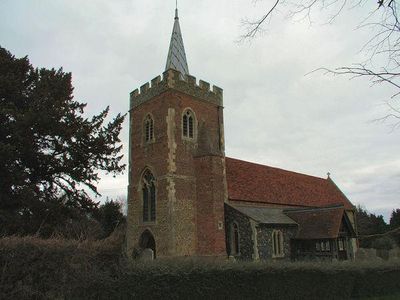 Gilston is a village and civil parish in the East Hertfordshire district of Hertfordshire, England. It is located a little over one mile north of the town of Harlow in the neighbouring county of Essex. Together with the nearby hamlet of Eastwick, it forms the parish council of Eastwick and Gilston. At the 2001 Census, the population was 180, and 228 at the 2011 Census.
The name derives from Gedel or Gydel, an Old English personal name, and tun, meaning farm or settlement.