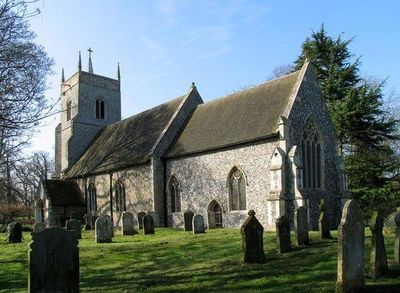 Kimberley is a village and civil parish in the South Norfolk district, in the county of Norfolk, England, situated about 3 miles north-west of Wymondham, around the crossroads of the B1108 and B1135. The parish has an area of 9.33 km2 and had a total population of 121 in 52 households as of the 2001 census. The parish absorbed the parish of Carleton Forehoe on the 1 April 1935.
Kimberley is served by rail, as the Kimberley Park railway station is on the Mid-Norfolk Railway, which goes between Dereham and Wymondham.