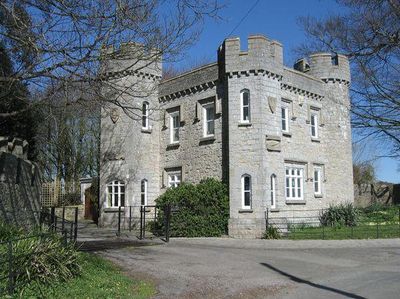 Llanilltud Fawr is derived from the name of Saint Illtud, who came to the area from Brittany, Gaul. He founded the monastery of Illtud and the college attached to it, Cor Tewdws, which would grow into one of the most esteemed Christian colleges of the times. At its peak it attracted over 2000 students, including princes and numerous eminent clergymen, some now revered as saints. Destroyed by the Vikings in 987, the monastery was rebuilt in 1111 and continued to be a centre of learning governed by Tewkesbury Abbey until it closed in 1539 during the Dissolution of the Monasteries. The 13th-century St Illtyd's Church, built near the ancient monastery, is a Grade I listed building and one of the oldest parish churches in Wales.