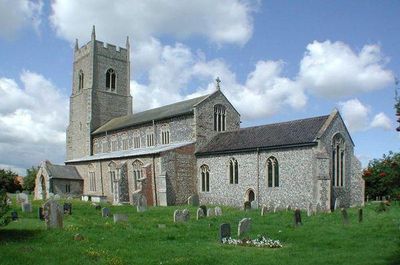 Sparham is one of the highest points in Norfolk, and the top of the church tower has views of the surrounding countryside for several miles.