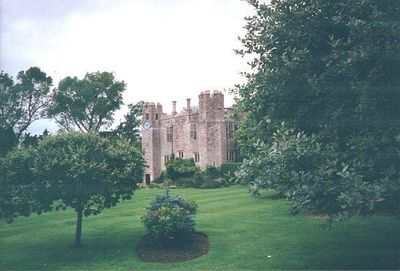 Boarstall is a village and civil parish in the Aylesbury Vale district of Buckinghamshire, about 12 miles west of Aylesbury. The parish is on the county boundary with Oxfordshire and the village is about 5.5 miles southeast of the Oxfordshire market town of Bicester.

According to legend King Edward the Confessor gave some land to one of his men in return for slaying a wild boar that had infested the nearby Bernwood Forest. The man built himself a mansion on this land and called it "Boar-stall" in memory of the slain beast. The man, known as Neil, was also given a horn from the dead beast, and the legend says that whoever shall possess the horn shall be the lord of the manor of Boarstall.