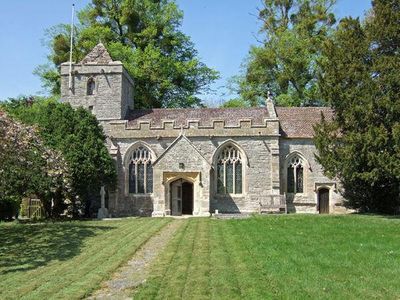 Alford is a village and parish on the River Alham, in Somerset, England, situated 8 miles south of Shepton Mallet and two miles west of Castle Cary in the South Somerset district. The village has a population of 63.
William Rosewell purchased the manor from Sir James FitzJames c. 1563 and it was inherited by subsequent generations: William Rosewell of Forde Abbey ; and Sir Henry Rosewell . In 1634 Henry and his wife Mary conveyed the manor to Simon Court, who before 1639 sold it to Sir Robert Gorges of Redlynch.