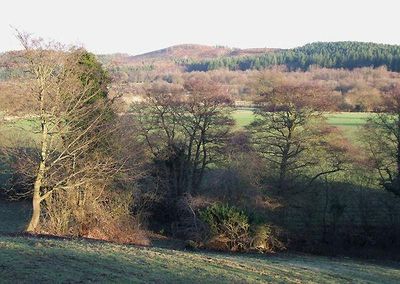 Longnor is a village and civil parish off the A49 road, south of Dorrington and north of Leebotwood in Shropshire, England, with a population of 289. The nearest railway station is Church Stretton 4.7 miles away. The Cound Brook flows just west of the village and its medieval deer park. The village contains Longnor Hall and the Grade I listed medieval St Mary's Church. Regional Cycle Route 32/33 passes through, as do buses between Church Stretton and Shrewsbury and Radbrook Green. The village is also noted for a ghost, the White Lady of Longnor.

Longnor CE Primary School is the village primary school, which has a pre-school attached. In January 2011 it had 112 pupils aged between five and eleven. Its 2018 SAT results put it in the top 1 per cent of schools in England for the percentage of children reaching and exceeding expected standards in writing and mathematics. The pre-school section is called Little Owls.< The nearest secondary school is in Church Stretton.