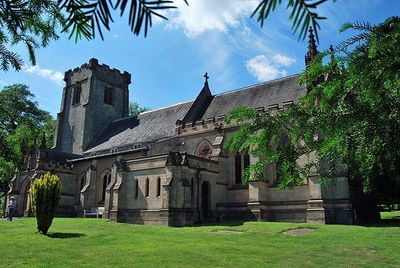 Widmerpool is a village and civil parish in Nottinghamshire, about 10 miles south-south-east of Nottingham and some 7.5 miles north-east of Loughborough. It is one of Nottinghamshire's oldest settlements and is just over a mile west of the A46 . Extensive dual carriageway road works along the A46 have now been completed. At the time of the 2001 census it had a population of 262, increasing to 339 at the 2011 census. Until the 1960s there had not been any building in the village for 100 years.

Widmerpool is also the surname of a disreputable character in Anthony Powell's twelve-volume sequence of novels A Dance to the Music of Time. The connexion between the village and the character can be explored at Kenneth Widmerpool.