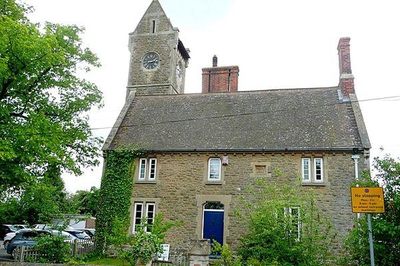 Stratfield Mortimer is a village and civil parish, just south of Reading, in the English ceremonial county of Berkshire and district of West Berkshire.

The south and south-east half of the parish consists of farms with a small percentage of woodland and is bisected towards the middle of the whole area by the Foudry Brook and adjacent Reading to Basingstoke Line which is more than 40% on raised embankments but in the far south is in a cutting. The north-east of the parish is the most populated: and is not so semi-rural or rural in density; it is the part more often colloquially called Mortimer. This more outlet- and amenity-served part, traditionally known as Mortimer Common, is at the top of the hill in Stratfield Mortimer civil parish. The northwestern 5% of the land is Mortimer Woods or common land which blends into Wokefield Common - Mortimer Woods has a set of Scheduled Ancient Monuments – one large, steep Bronze Age round barrow and three further smaller bowl barrows.