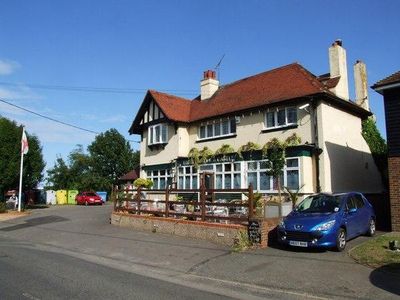 Cooling is a village and civil parish on the Hoo Peninsula, overlooking the North Kent Marshes, 6 miles north northwest of Rochester, England. According to the 2001 census the parish had a population of 209,which increased to 216 at the 2011 Census.
Cooling was recorded in the Domesday Book when it was held by Bishop Odo of Bayeux . The most notable surviving feature of the village is Cooling Castle, built on the edge of the marshes during the 12th century to defend the neighbouring port of Cliffe from the threat of French raiders.