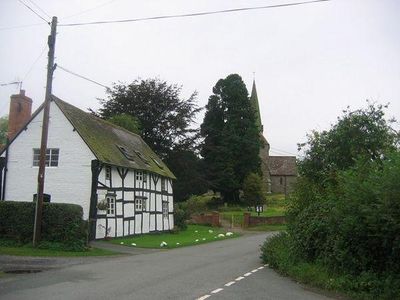 It is situated close to the border with Worcestershire, three miles south of the small market town of Cleobury Mortimer. Other large local centres of population include Ludlow, situated 12 miles to the west, which has an estimated population of 10,500 and Kidderminster, located 12.5 miles to the north east in the county of Worcestershire, which has a population of over 55,000.
The River Rea, which was historically known as the River Neen, flows by the village. The area surrounding Neen Sollars is pretty hilly, with maps showing several hills such as Neens Hill to the south and Birch Hill to the north. It is estimated that Neen Sollars lies between approximately 70–100 metres above sea level.