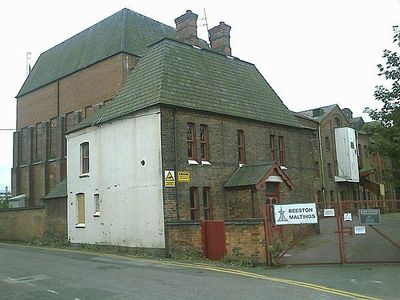 Beeston is a town in Nottinghamshire, England, 3.4 miles south-west of Nottingham city centre. To the immediate north-east is the University of Nottingham's main campus, University Park. The pharmaceutical and retail chemist group Boots has its headquarters 0.6 miles east of the centre of Beeston, on the border with Broxtowe and the City of Nottingham. To the south lies the River Trent and the village of Attenborough, with its extensive wetlands.
Suburban development in the mid-20th century extended the built-up area of Beeston to the former villages of Chilwell, to the west, and Wollaton and Lenton Abbey, to the north. Beeston is separated from Bramcote, to the north-west, by the Beeston Fields Golf Course. The Broxtowe/City of Nottingham border essentially forms the town's eastern edge. The centre and shopping district lies to the north of the railway line, while the mixed residential and industrial area of Beeston Rylands lies to the line's south.