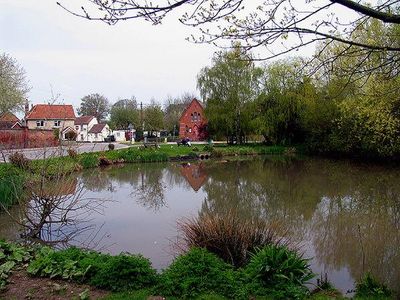 East Ilsley is a village and civil parish in the Berkshire or Lambourn Downs northern part of West Berkshire, north of Newbury centred immediately east of the A34 road dual carriageway which passes through the length of the village from north to south. It is in the ceremonial and historic county of Berkshire and has the vast majority of its buildings in a traditional clustered centre.

The village has a highest grade listed church that is mostly made from medieval stone, a minority of other buildings close by which are listed and pubs.