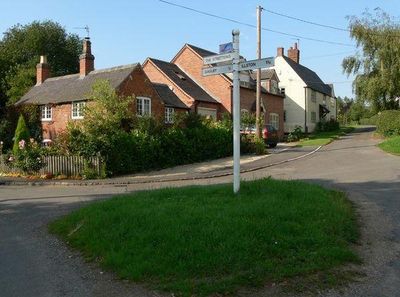 There is a small cluster of houses around the junction of three roads which lead to Gaulby, Little Stretton, and Illston on the Hill; this includes the manor-house, Vicarage, and church. In 1563 there were 12 households, in 1670 there were 17 households. The maximum known population was just over 60 in the 19th century.