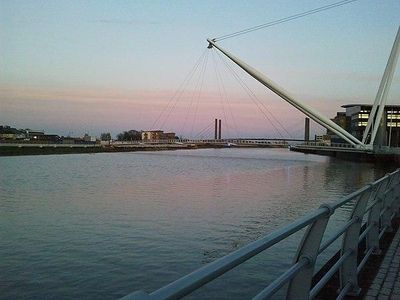 The ward is bounded by the Ebbw River and M4 motorway to the east, the city boundary to the north and west. The southern boundary is formed by a line from the M4/A467 intersection in a roughly westerly direction as far as the city boundary. The area is governed by the Newport City Council.

The ward contains Bassaleg, Rhiwderin and the hamlet of Lower Machen. It also contains the western half of the Foxgloves estate – as the Ebbw passes through the centre, the eastern half is in Rogerstone.