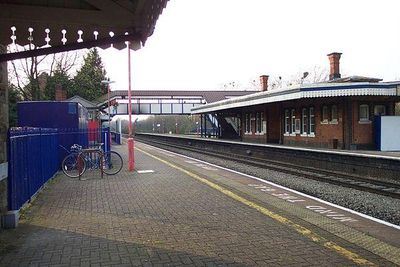 Tilehurst is a suburb of the town of Reading in the English county of Berkshire. It lies to the west of the centre of Reading, and extends from the River Thames in the north to the A4 road in the south. The suburb is partly within the boundaries of the Borough of Reading and partly in the district of West Berkshire. The part within West Berkshire forms part of the civil parish of Tilehurst, which also includes the northern part of Calcot and a small rural area west of the suburb. The part within the Borough of Reading includes the Reading electoral ward of Tilehurst, together with parts of Kentwood and Norcot wards.

Tilehurst was first recorded in 1291, when it was listed as a hamlet of Reading in Pope Nicholas III's taxation. At this time, the settlement was under the ownership of Reading Abbey, where it stayed until the Dissolution of the Monasteries. Tilehurst became an extensive parish, which included the tything of Theale as well as the manors of Tilehurst, Kentwood, Pincents and Beansheaf.