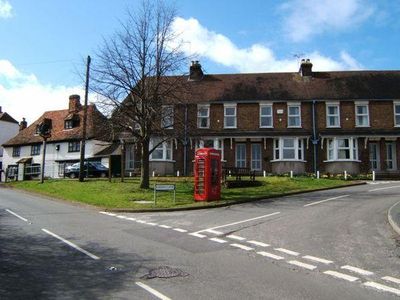 Shorne is a village and civil parish in the borough of Gravesham in Kent, England. The parish lies 3 miles east of Gravesend. Most of the land is well-drained but its marshes, the Shorne Marshes reach down to the Thames Estuary and are an SSSI amid the North Kent Marshes on the Hoo Peninsula proper.

Shorne village is clustered around two locations. Upper Shorne is about 3 miles east of Gravesend, south of the A226 with Lower Shorne north of the A226 extending toward the Thames Estuary and Shorne Marshes.
Although most of the village occupies a shallow valley the perimeter of upper Shorne lies on some of the highest ground in the vicinity giving magnificent views of the Thames Estuary from Gravesend to Southend. There are several areas of woodland to the west and east of the village including Great Crabbles Wood and Starmore Woods to the east and Randall Wood, Shorne Wood and Brewers Wood to the west. Most of the woodland to the west is part of the picturesque Shorne Wood Country Park.