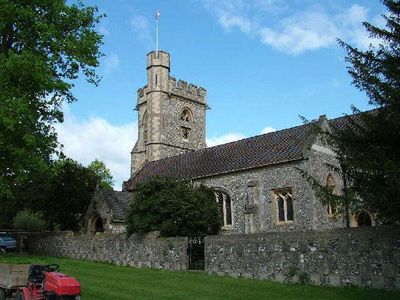 Chenies is a village and civil parish in the Chiltern district, the easternmost part of south Buckinghamshire, England, on the border with Hertfordshire east of Chesham and Chalfont St Peter.