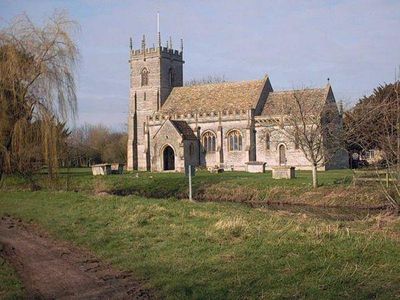 Lydford-on-Fosse is a village and civil parish in the Mendip district of Somerset, England. The parish includes the village of West Lydford and hamlet of East Lydford.

Lydford-on-Fosse straddles the Fosse Way, an ancient Roman road which linked the cities of Lincoln and Exeter. The village takes its name from two Saxon words, Lyd torrent or noisy stream and Ford a passage crossing a river, and was established before the Norman Conquest. The villages of East and West Lydford are to the east and west of the ford which was where the Fosse Way crossed the river Brue.