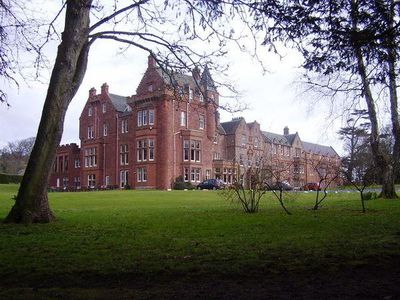 Dryburgh Abbey Hotel is a baronial country house, located on the banks of the River Tweed, about 5 km south east of Melrose in the Scottish Borders. The modern house was first constructed in 1845 and it was converted into a hotel in 1932. It is next to the ruins of Dryburgh Abbey.

The original core of the current building was constructed in 1845. At that time it was a private residence and the home of Lady Griselle Baillie. The house was modernised in 1875 by Lord Jerviswoode, Lady Griselle's brother, and remained in the family until 1929 when it was purchased by the Scottish Motor Traction Company.